​Dell is an established leader in branded server machines from over a couple of decades. In this post i will be focusing on highly specialized DELL machines that work perfectly for virtualization. I am Abraham, and i welcome you to my blog. First of all we will look at virtualization.

What is virtualization and its benefits?

​Computer virtualization is the process of creating virtual machines on the top of a server with the help of software called hypervisor. VirtualBox and VMWare are examples of such hypervisor software. The virtual machines may have different operating systems and application software's installed. Each of the virtual machines run simultaneously like separate computers without interfering in each other roles and tasks.

Virtualization has brought a revolution in computer science and due to its huge list of benefits its very widely used in networked environments. The first benefit virtualization brings in our lives is cost effectiveness. Say we need 3 servers for our office environment namely database server, application server and backup server. Instead of purchasing three costly machines we can purchase one Dell server and apply virtualization on it and create three separate virtual machines.

You can use software like OpenVZ and VirtualBox, VMWare, QEMU  for further details you can visit this link.

​I have analyzed and compared but Dell servers based upon their specification and shortlisted these for my blog reader. 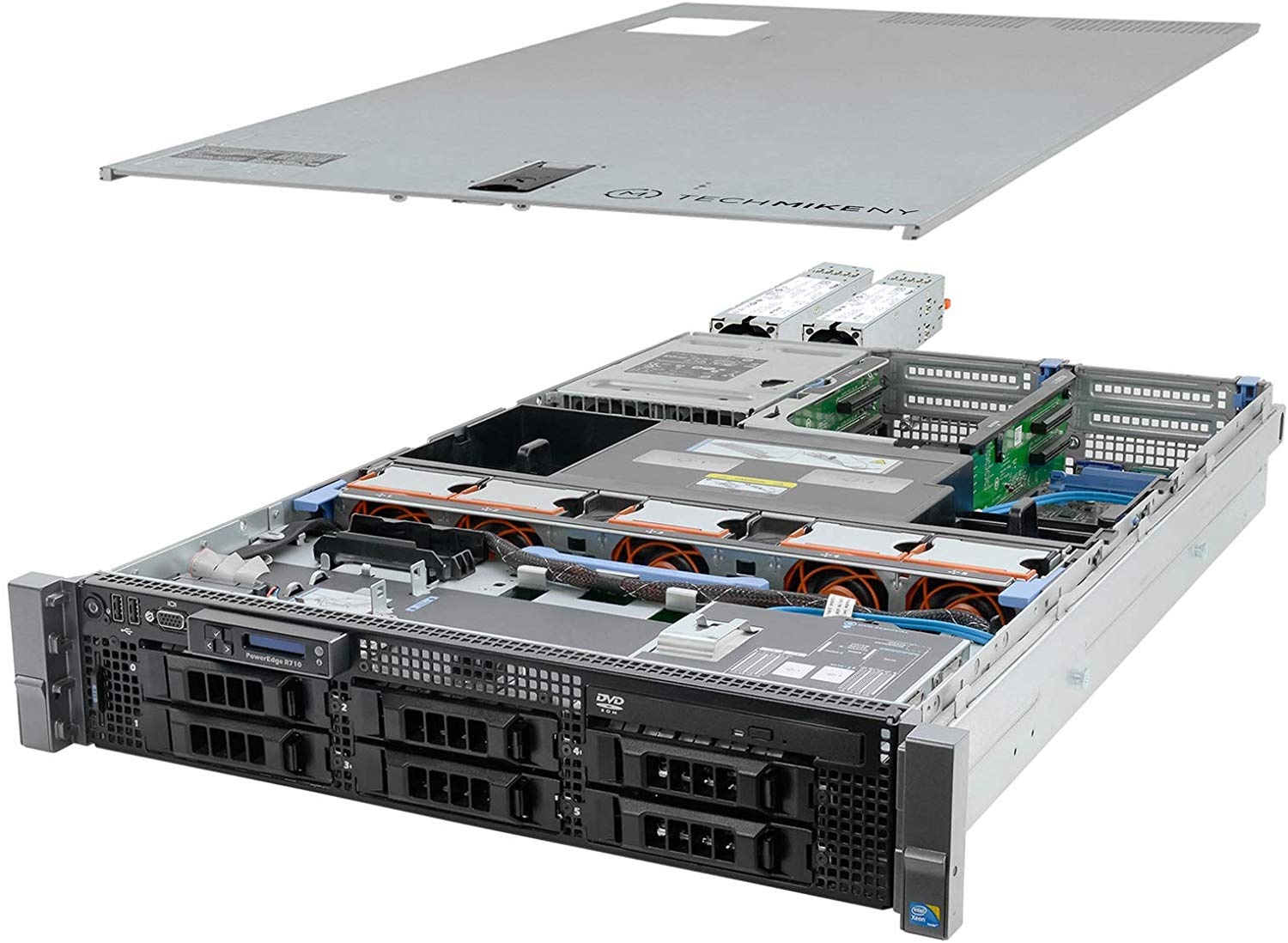 This is another ideal machine for virtualization but t is refurbished by Amazon and comes with 90 days guarantee. Featuring embedded hypervisors, large memory capacity with 18 DIMM slots, and 4 integrated network connections, the Dell PowerEdge R710 delivers better overall system performance and greater virtual machine-per-server capacity. It is a very powerful machine with 64 GB RAM, 2 TB raid hard disk and above all Intel® Xeon® X5670 processor. This processor has very advanced features including Intel® Virtualization Technology (VT-x) and Intel® Virtualization Technology for Directed I/O (VT-d). Due to these options this server is our first choice for any type of virtualization. As it has total of two processors so total 12 cores and 25 threads makes it a powerful giant server. 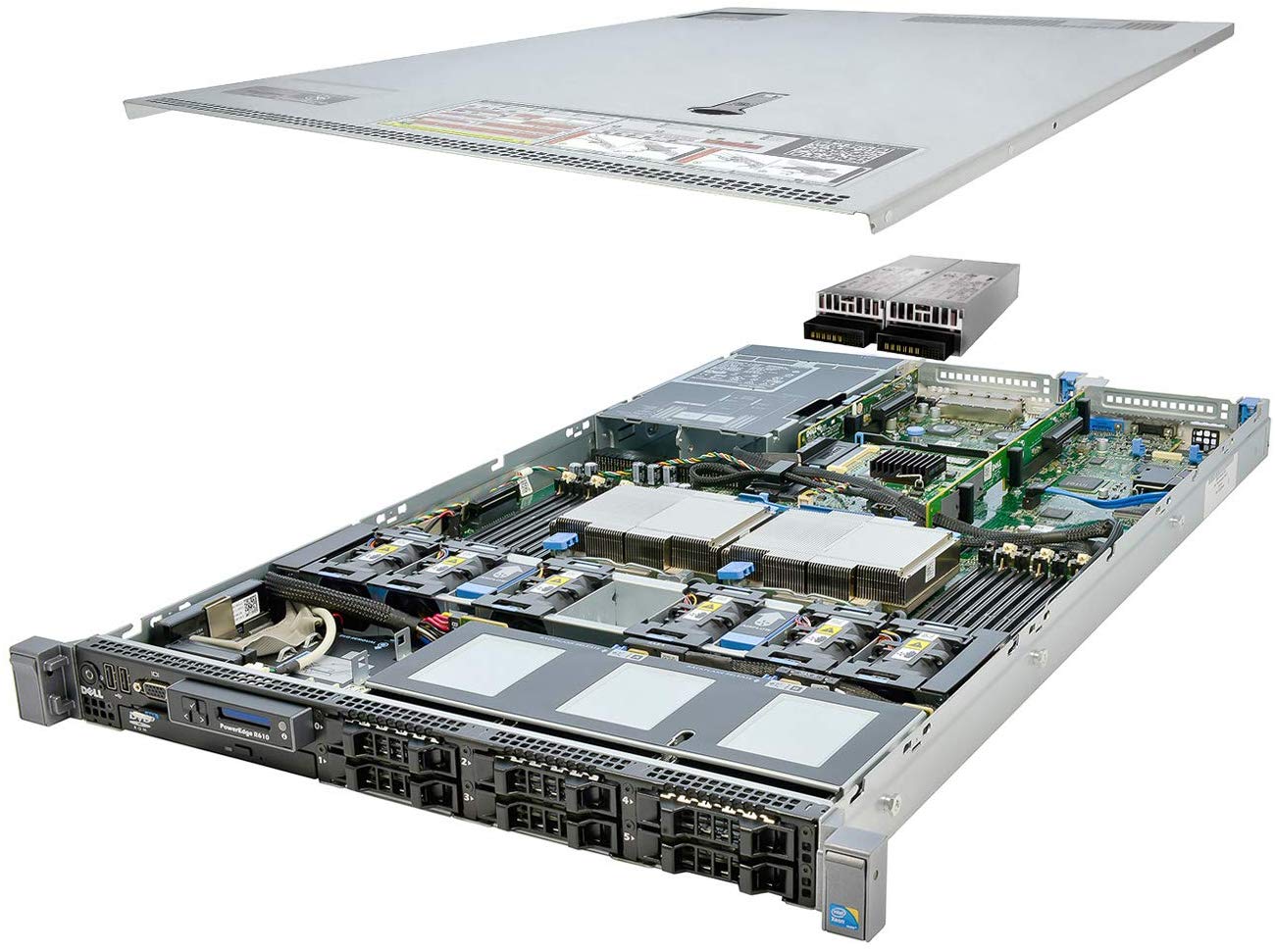 ​Dell PowerEdge R610 is one of the best rack servers i have reviewed for virtualization. Featuring Intel® Xeon® processor-based architecture, embedded hypervisors, and expanded memory footprint and I/O, the Dell PowerEdge R610 delivers exceptional overall system performance and significant virtual machine-per-server capacity versus the previous generation.
It has Intel® Xeon® E5640 4 core processor and  48 GB RAM. This server is specially made for virtualization with processor having advanced features like  Intel® Virtualization Technology (VT-x) and Intel® Virtualization Technology for Directed I/O (VT-d) which are proprietary of Intel. This is also a renewed server and comes with 1 year warranty from Amazon. 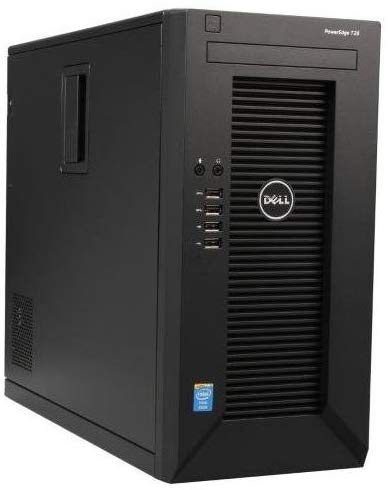 DEll T30 PowerEdge is a great server with full support of virtualization. Its processor is 3.10 GHz Intel® Xeon® E3-1225 with 6M cache. It has 4 cores and 4 threads, 32 GB RAM and 2TB hard disk. Not only that this server is suitable for virtualization but also it can easily meet your gaming needs provided you add a good graphics card in it. another great benefit is that you can attach as many external devices with the server due to availability of 10 USB ports. You can also implement a RAID soultion by adding up to 6 SATA hard drives. The most suitable operating systems for the server are Windows server 2012, Red Hat enterprise Linux and Ubuntu Server 14.4.

This server machine is renewed by Amazon and comes with 90-day Amazon Renewed Guarantee.  It is also server mount and comes with 2.2 GHz Intel® Xeon® E5-2660 processor. We have added it to our list because of the factor that it is known best for virtualization due to Intel® Virtualization Technology built in to it. Processor is 64 bit with 8 cores, 16 threads and 20 MB Intel® Smart Cache. It has 32 GB RAM and two SAS hard drives 600GB each. These SAS hard disks are faster in performance than SATA disks. the remote management of this server is very easy due to Dell OpenManage™ systems management. The RAM of the server is extendable up to 768GB. The best options for virtualization of this Dell server  are Citrix® XenServer™, VMware vSphere™ ESX and ESXi Red Hat Enterprise Vitualization®. 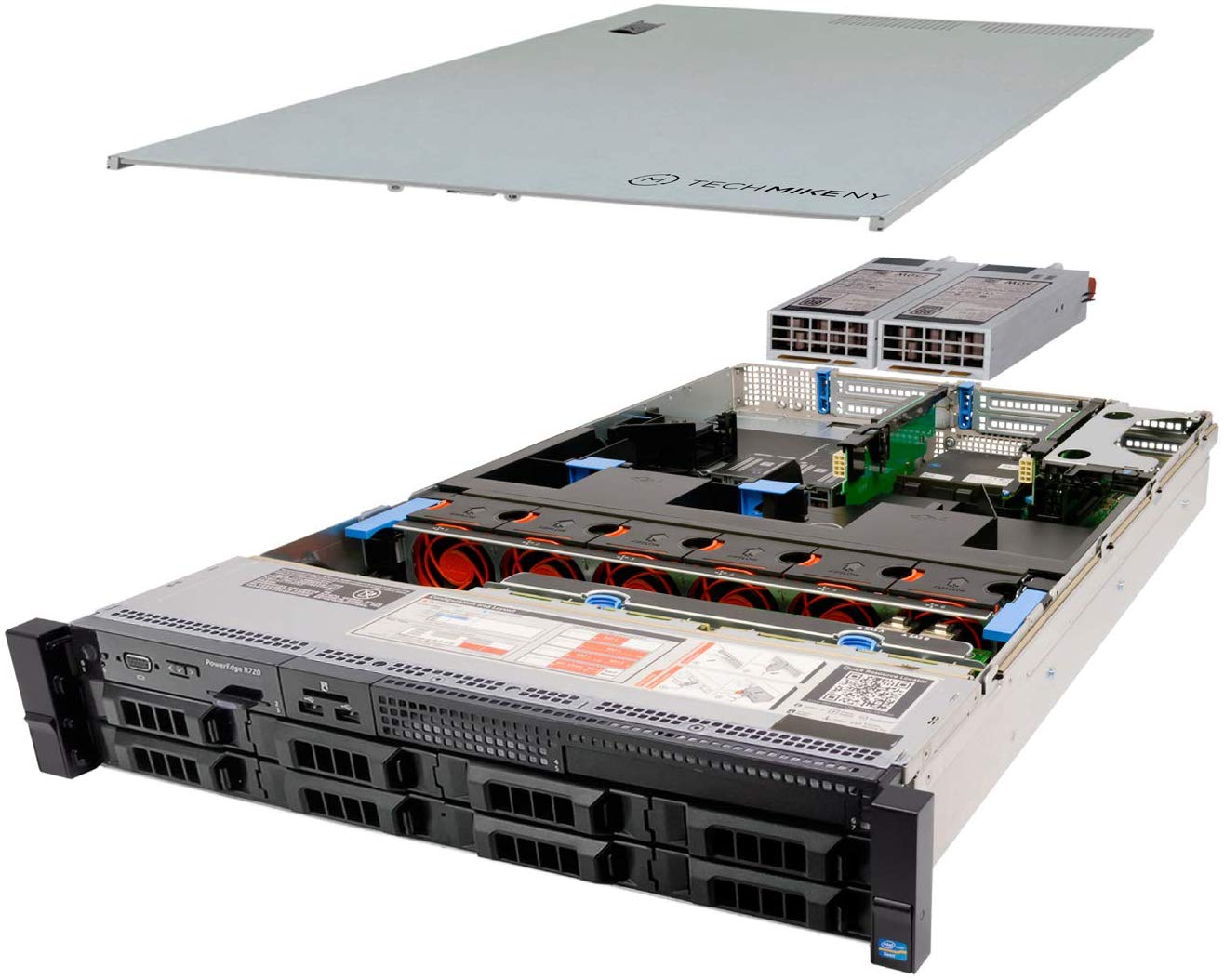 ​This is another refurbished Dell server specially made for virtualization. It is a giant powerful machine with Intel 2.60 Ghz ® Xeon® E5-2670 processor having 20M Cache and 8 cores with 16 threads. This processor is specially made for virtualization with features like Intel® Virtualization Technology (VT-x) and Intel® Virtualization Technology for Directed I/O (VT-d). It comes with 192 GB RAM, 2TB SATA hard drive and 1 year warranty from Amazon. This Dell server supports Giga bit Ethernet and also comes with four RAM slots.

​To conclude i would say that being a network technician for the last 15 years my experience with Dell servers was extraordinary. They don't produce noise and also don't get heat up during gaming or artificial intelligence processing. In our own office we implemented virtualization via VMware professional server and every thing went too smooth. Are you concerned about server maintenance and wanted to know – how long does it take to fix a server. While it depends on many factors, in this article – we will help you forecast and estimate the expected time of server maintenance. Before diving deep into the matter, you will need to know the… 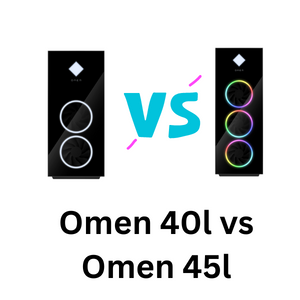 Are you guys feeling difficulty in running advanced applications on your systems? If this is the case, then stick around us. Don’t you think, there must be something extra in your computer for such kind of applications? Yeah, there should be. You’ll be glad to know that Dell PowerEdge can help you in this case….