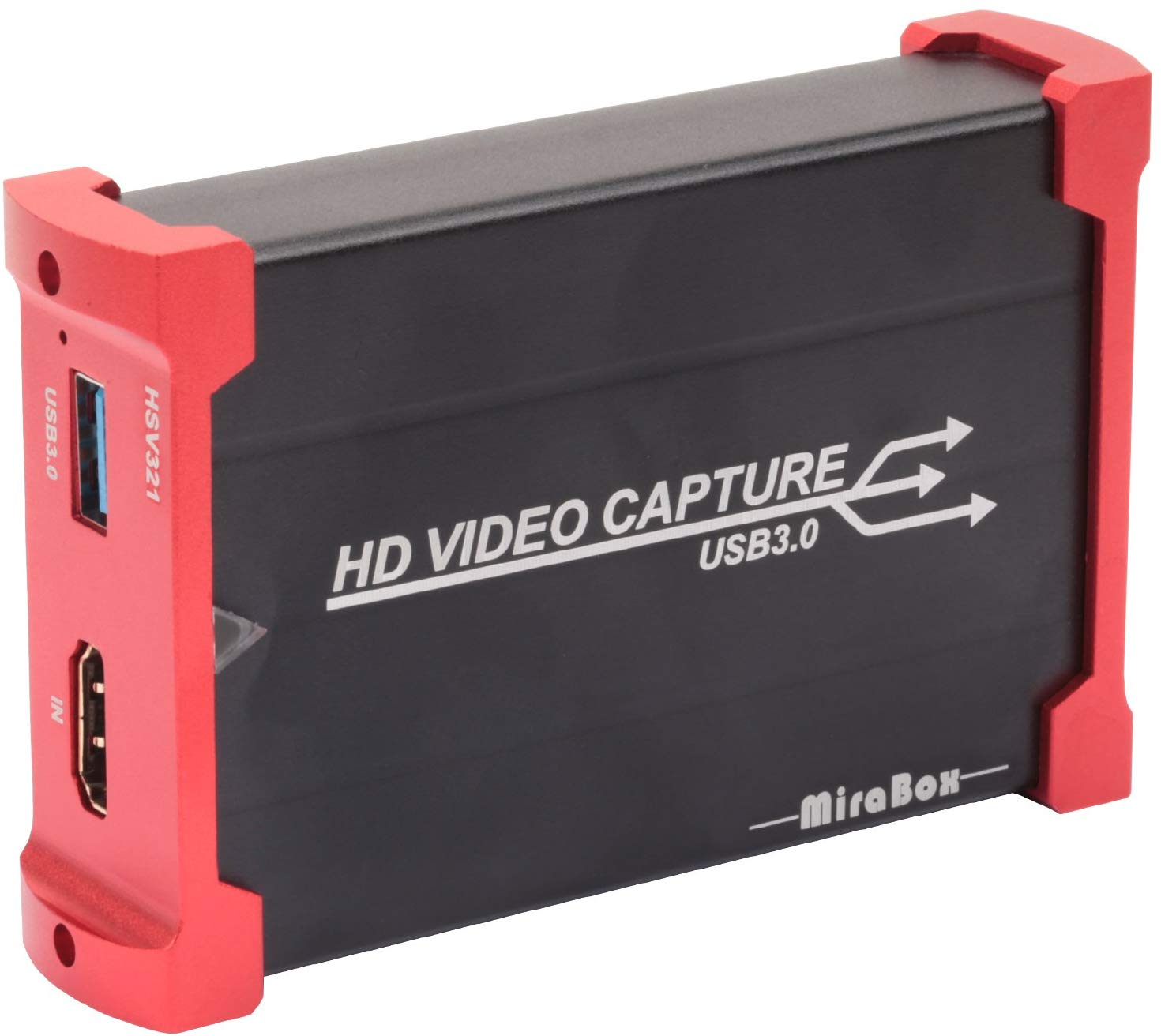 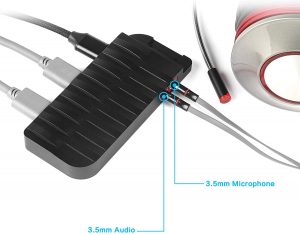 ​Hi folks, welcome to my blog. Its me your blog host Abraham and today i have come up with a review post about one of the renowned capture card in ​game players who record high quality HD videos for their YouTube channels. Not only do the PC game players use this video capture card but it is also a must have for the console game players (Xbox).  I have been using the video capture card to stream my game play over Twitch with my audio documentary and i found this small device recommendable. That's why i decided to write about it. Now we discuss some most distinguishing features of the MiraBox Capture Card.

​MiraBox comes with free delivery from Amazon and it is declared Amazon Choice due to most positive reviews from users. See the video below for unboxing of MiraBox.

​When you are playing games on your computer and streaming the game play as well using OBS or Twitch than your computer processor and graphics processor is over burdened. The reason is that it has to do both the heavy work of game play and video streaming as well. In this situation the person who is watching your stream will view a very slow and lagging stream.

If you are earning money from your gaming stream on YouTube you will never want that you lose your visitors because of bad quality videos. When you add the MiraBox capture card previously all the hard work of video recording which was being done by your processor is now done by MiraCast.

​Similarly if you are making video from your Camcorder and you want it to go live on YouTube or Facebook MiraBox can become your life saver. You can cover any event at local Church or your community and broadcast it live and get a lot of traffic for your website or Facebook Page.

Another great and existing usage of MiraBox Video capture card is with your DSLR or webcam. You just attach the HDMI Source (Camera, DSLR) to the MiraBox through HDMI cable. The second HDMI cable goes from MiraBox to your TV

​MiraBox capture card is very easy to setup as  you won't require any driver to be installed whether you are on any version of Windows, or Linux. This video capture card support all versions of Windows including Windows XP, Windows 10 and all flavors of Linux including Ubuntu, Fedora and all others as well.

​As a game player have you ever felt lagging during game play. This mostly happens while playing multiplayer games like Fortnite and PUBG. There can be several reason for this high latency but only few are in your control. This high latency is also caused if you are recording HD video along with game play as the software's used for video recording takes a lot of your gaming system resources. In this situation the MiraBox HD video card comes to your rescue.

​MiraBox uses the USB 3.0 technology to transfer the data which is capable of very high speed data transfers up to 5 GB per second. This makes possible that your game play is instantly transferred to your MiraBox within no time.

​4) ​Supports both Streaming and Recording

​MiraBox not only supports streaming of video but also support recording in 1080P at a great speed of 60 frames per second. You can stream your game play directly using tools including OBS(Open Broadcaster Software) , XSplit , Potplayer , twitch , YouTube Live , Facebook Live , Wirecast , VidblasterX , Resolume , Google Hangouts , Skype , etc. All of these streaming software ask for the source of your live video and in that source you have to select MiraBox capture card.

Similarly if you have multiple cameras than you can add multiple MiraBox capture cards one with each camera and in the streaming software you can show them all in one scene.

If you have a camcorder you just connect it to the MiraCast and he HDMI cable from MiraCast will go to the computer. On the computer any of the above streaming websites or software will automatically pick the video stream and it will be going live instantly.

​Video conferencing and coverage of live events ​becomes so easy when you have MiraBox. Look at the Figure below to see how it works. 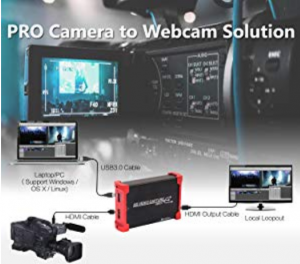 ​You connect your Camera or any video recording device like DSLR cameras, HandyCam, mobile, Tablet with the HDMI port of the MiraBox and connect the MiraBox to your laptop or PC through USB port. On your PC you can simply grab the video captured by Camera through YouTube Live, Facebook Live, OBS studio and tons of other soft wares.

The benefit of covering an event through high quality cameras like DSLRs is that the out put of the video that cast is being streamed is extra ordinary with lots of clarity. You can use advance features like Zooming, Focusing on particular thing, blurring the background with your DSLR and the MiraBox will capture your video broadcast and broadcast it live.

​There is another model of MiraBox and its price is only 5 dollars more than the previous model. The huge edge you get with this model is that it comes with a Microphone port through which you can add your own voice over the game play which give your videos a competitive advantage over other You Tubers. 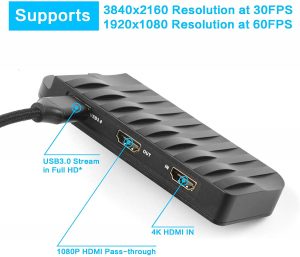 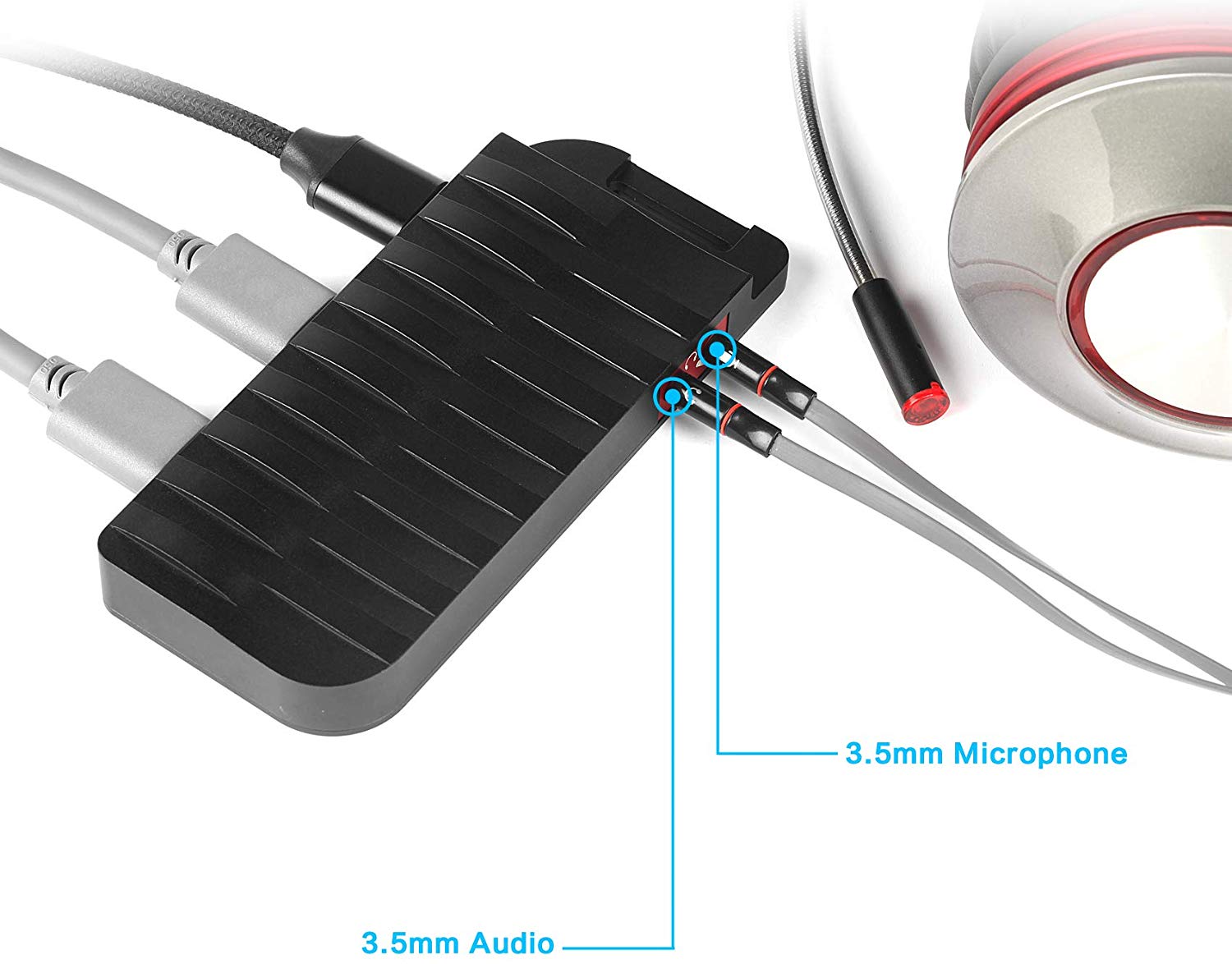 ​To conclude i will say that i really liked the device and its ease of use. It can be handy at multiple locations in your life time. So i think it is a good buy for a technical geek. You can get this handy device from Amazon at the maximum discounted rates. Thanks for reading. Bye for Now. 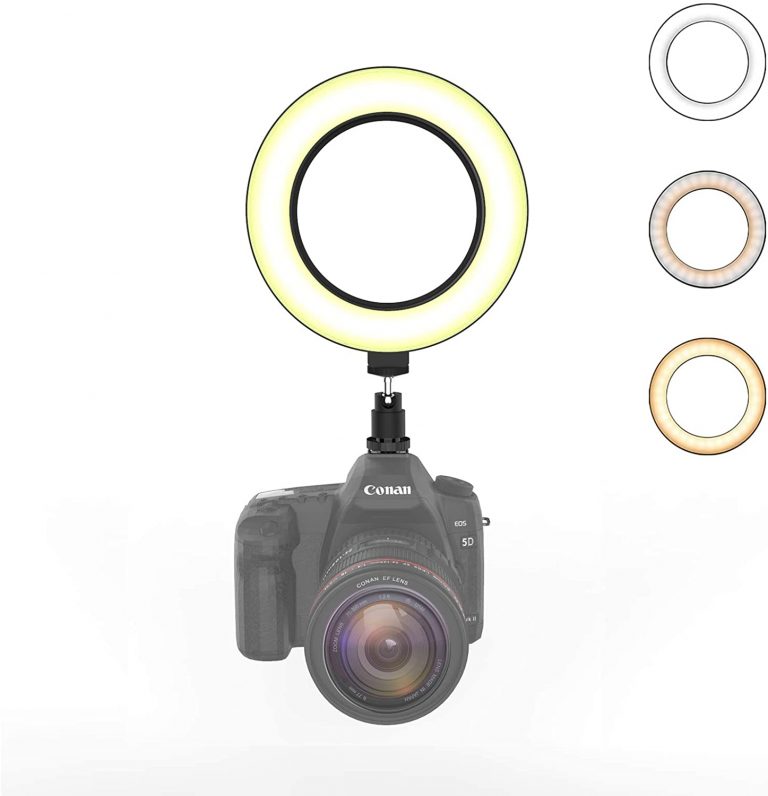 You might purchase your new LED ring light since you’re thinking about using it as a lighting companion for the canon t3i camera. Taking Selfies with a Canon t3i camera along with ring lights is the best way to capture those precious moments and make them memorable. The ring lights is simply clipped onto your…

A good network switch ensures efficient communication between the computers across the network. Being a network administrator for almost 15 years I had used and configured switches by various brands but from all those NETGEAR switches are my personal favorite. Few of reasons I prefer them over others is because of their ease of configuration…. 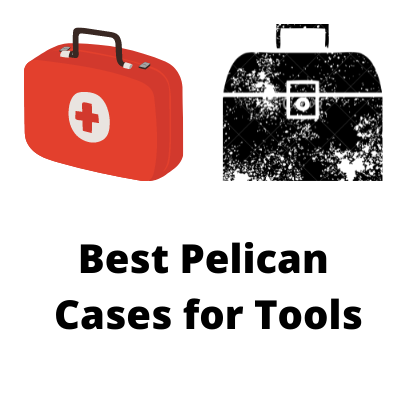 I found myself needing a decent case to carry around my camera equipment and other tools for my hobby ever since my last one broke (I had a Billingham for the last few years), but I wanted something a little bit more versatile this time around. I don’t carry my recording equipment around since I… 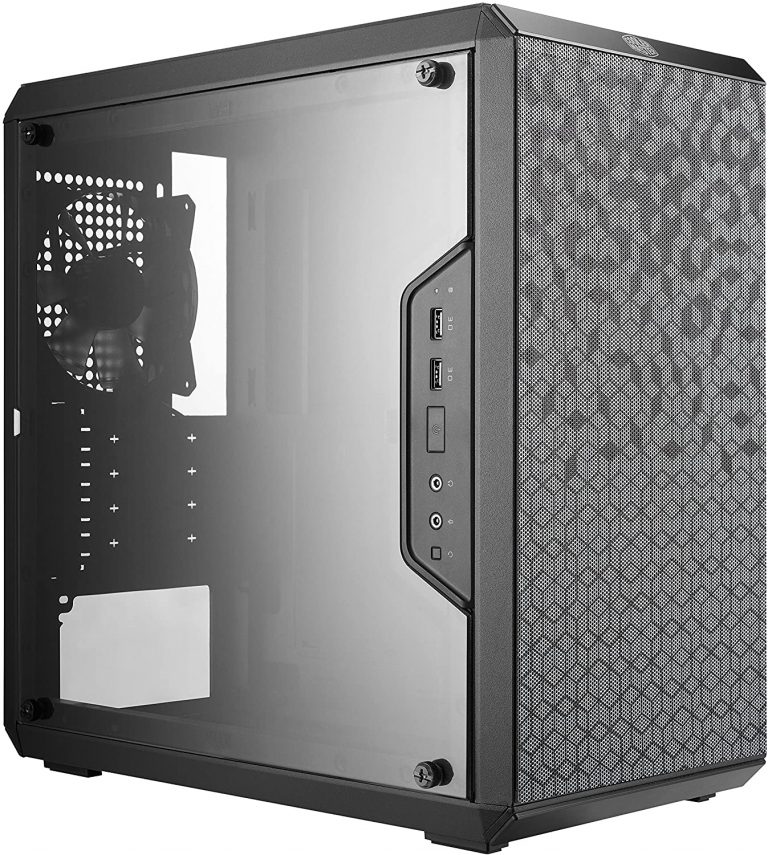 The cost-conscious know that micro ATX motherboards are a must if you want to save a pretty penny when building a new PC. And the market agrees. But, if you’ve got cash to burn the added PCI/PCI Express slots can be worth it in the right scenario. Since you’re here for the best Micro ATX… 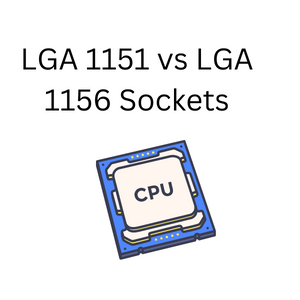 A CPU socket is a physical component that allows a processor to connect to a motherboard. A socket provides power and data transfer between the CPU and the motherboard. There are many different types of sockets designed by both Intel and AMD, and LGA 1151 and LGA 1156 are one of them. LGA 151 socket…